Due to a high amount of pictures we took at Disney World I decided to split the posts by the park we visited. We tried not to take too many pictures, didn't take the camera with us on most of the days.

We did take it to the parks we visited only once - like Animal Kingdom. I wanted to see and capture (on pictures) ALL animals! Due to a switch in our schedule we missed the best time for safari - which is in the mornings when animals are the most active. Instead, we went there after lunch and sadly the animals were lazying. Our safari guide/driver was super awesome so we had fun anyway and saw quite a bit of African fauna.

As usual, there is not going to be a lot of talking, just straight to the pictures!

The Tree of Life is truly amazing. Before I saw it, I thought its just a big fake tree. Well, it is not just that. It has dozens of animals carved in the trunk. It was beautiful and fun to try to spot all of them.
We had a chance to do that from up close after seeing It's Tough to Be a Bug! show, which BTW was great!

Nathan loves parrots! Second after a huge company of parrots flew over our heads, which Nathan missed, we arrived at this Macaw nest area. There was just few of them sitting around and Nathan took some cool pictures. It is starting to be funny, since we went to St. Lucia in February, we decided that when we retire we will become bird watchers. It feels like we should retire already!

Look at the sign he is pointing at. To people like us, it is funny. Who knows why?


Ha! So that was not an easy picture to take. It was too hot to stand there in the 35 degrees heat and direct Nathan to move around, with all the people constantly passing by. Eventually we gave up, but I still think it is a funny picture.


We were on our way to DINOSAUR ride, first Fast Pass + of the day. 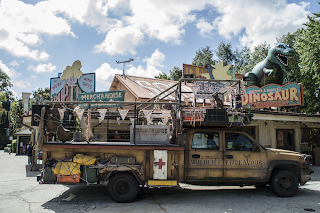 Second Fast Pass+ was Kali River Rapids. Extremely enjoyable in the heat, we had funny company that seemed to enjoy the ride as well.

After Kali River Rapids we decided we should probably dry out a little. We chose Maharajah Jungle Trek, which was not too long it seemed and there was a chance to see tigers. I did not expect it to be super exciting but it actually was. Lots of birds, bats and other animals and of course... tigers! 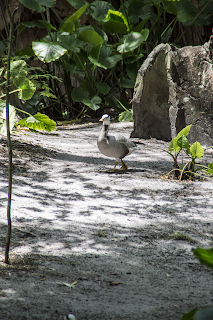 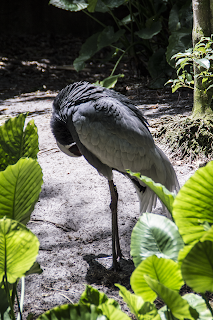 The tigers we saw on the trek were sisters, around 18 years of age, which for a tiger is pretty old. They were both resting and not very active. It was however amazing to see them this close. I had a little chat with one of the cast members, she seemed involved and well informed about the tigresses. Before you get judgemental and all that - I researched a bit about tigers living in captivity and in the wild. On average, they live 6-10 more years when in captivity. I guess it is because there is no predators around and food is provided regularly.


After the trek we went around a little bit to see other animals and parts of the park. We had some time before the Safari. Animal Kingdom, unlike Tardis, looks bigger than it actually is. If you want to have a half day at a park, you can use your Animal Kingdom day for that.


As I mentioned before, Safari was a bit late, so animals were being lazy and resting. Maybe next time we are in the park, we will go to the Safari early in the morning. We had amazing driver, he had a good voice and talked about the flora and fauna in a very engaging way. We got to sit in the front row of the truck, that we pretty cool. Most of the animals were on the left, so it was not easy to take pictures since there was another couple sitting next to us, and the guy was wiggly and kept getting in the shot. Rude.


If you think of skipping the Safari - don't do it! It is super cool. It is a nice way to chill down and see some crazy cute animals. The animals seem very relaxed and calm, I wish we could stay longer. Maybe next time we will go on the extended private safari and see more!

Initially, we did not plan to go to Expedition Everest. It seemed scary, and we both are not fans of crazy coasters. I specifically dislike upside down actions and going backwards. It might have something to do with horrible experience I had years ago on a pendulum kind of ride where blood hit my head and I felt like dying :D This ride goes backwards, but once we came up to it, I was not scared at all and thought we really should do it. Nathan is keen to do whatever, as long as I am so he did not object. It was definitely worth it! Also good use of a Fast Pass cause the line was crazy.


You can see a video of this ride here:

5Somehow we skipped Festival of the Lion King show, which we were suppose to see in the evening. Animal Kingdom is a very cool park if you happen to like animals. The rides are also amazing, so consider at least go there for that. If we go to WDW again, we will definitely hit the Animal Kingdom again. It is a nice way to have a rest or half rest day.

Thanks for reading and talk to you later! 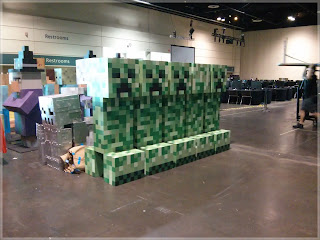